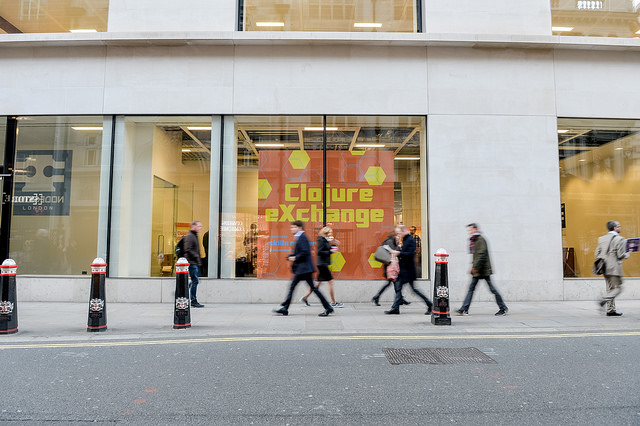 A few weeks ago I attended Clojure Exchange at Skills Matter’s CodeNode venue and spent two days getting up to speed on Clojure Spec, ClojureScript and everything in between!

After enjoying the chance to experiment with Clojure on a couple of projects over the past year I thought this would be a good opportunity to learn more about the wider ecosystem.

The pace of the conference was great, with 15 min breaks after each talk, you had plenty of time to digest and recharge for the next one. The topics were varied and overall i’d recommend it to anyone curious about Lisps or functional programming.

You can watch all the talks here and below I have summarised a couple of my favourites. Hopefully it will encourage you to watch them in full!

Angular Must Die, Here Are Some Weapons (Kris Jenkins)

Web Development Frameworks: The relationship between relative effort to build features as a project scales.

If you are looking for conferences to attend this year, tickets to Clojure Exchange 2017 and React London 2017 are on sale now!